Purpose
An antrectomy may be performed to treat several different disorders that affect the digestive system:

Demographics
Peptic ulcer disease (PUD) is fairly common in the general United States population. According to the Centers for Disease Control (CDC), about 10% of all Americans will develop an ulcer in the stomach or duodenum at some point in their life. About four million adults are diagnosed or treated each year for PUD; one million will be hospitalized for treatment; and 40,000 will have surgery for an ulcer-related condition. About 6,500 Americans die each year from complications related to PUD. The annual costs to the United States economy from peptic ulcer disease are estimated to be over $6 billion.

GAVE, or watermelon stomach, is a very rare cause of gastrointestinal bleeding that was first identified in 1952. It has been associated with such disorders as scleroderma, cirrhosis of the liver, familial Mediterranean fever, and heart disease. GAVE affects women slightly more than twice as often as men. It is almost always found in the elderly; the average age at diagnosis is 73 in women and 68 in men.

Gastric cancer is the 14th most common type of malignant tumor in the United States; however, it occurs much more frequently in Japan and other parts of Asia than in western Europe and North America. About 24,000 people in the United States are diagnosed each year with gastric cancer. Risk factors for developing it include infection of the stomach lining by Helicobacter pylori; Asian American, Hispanic, or African American heritage; age 60 or older; heavy smoking; a history of pernicious anemia; and a diet heavy in dry salted foods. Men are more likely to develop gastric cancer than women. Some doctors think that exposure to certain toxic chemicals in the workplace is also a risk factor for gastric cancer.

Description
At present almost all antrectomies are performed as open procedures, which means that they are done through a large incision in the patient’s abdomen with the patient under general anesthesia. After the patient is anesthetized, a urinary catheter is placed to monitor urinary output, and a nasogastric tube is inserted. After the patient’s abdomen has been cleansed with an antiseptic, the surgeon makes a large incision from the patient’s rib cage to the navel. After separating the overlying layers of tissue, the surgeon exposes the stomach. One clamp is placed at the lower end and another clamp somewhat higher, dividing off the lower third of the stomach. A cutting stapler may be used to remove the lower third (the antrum) and attach the upper portion of the stomach to the small intestine. After the stomach and intestine have been reattached, the area is rinsed with saline solution and the incision closed.

Most antrectomies are performed together with a vagotomy. This is a procedure in which the surgeon cuts various branches of the vagus nerve, which carries messages from the brain to the stomach to secrete more stomach acid. The surgeon may choose to perform a selective vagotomy in order to disable the branches of the nerve that govern gastric secretion without cutting the branches that control stomach emptying.

Some surgeons have performed antrectomies with a laparoscope, which is a less invasive type of surgery. However, as of 2003, this technique is still considered experimental.

Diagnosis/Preparation
Diagnosis
Diagnosis of PUD and other stomach disorders begins with taking the patient’s history, including a family history. In many cases the patient’s primary care physician will order tests in order to narrow the diagnosis. If the patient is older or has lost a large amount of weight recently, the doctor will consider the possibility of gastric cancer. If there is a history of duodenal or gastric ulcers in the patient’s family, the doctor may ask questions about the type of discomfort the patient is experiencing. Pain associated with duodenal ulcers often occurs at night, is relieved at mealtimes, but reappears two to three hours after eating. Pain from gastric ulcers, on the other hand, may be made worse by eating and accompanied by nausea and vomiting. Vomiting that occurs repeatedly shortly after eating suggests a gastric obstruction.

The most common diagnostic tests for stomach disorders are:

Preparation
Preparation for an antrectomy requires tests to evaluate the patient’s overall health and fitness for surgery. These tests include an EKG, x rays, blood tests, and a urine test. The patient is asked to discontinueaspirin and other blood-thinning medications about a week before surgery. No solid food or liquid should be taken after midnight of the evening before surgery.

In most hospitals the patient will be given a sedative before the operation either intravenously or by injection. The general anesthesia is given in the operating room.

Aftercare
Aftercare in the hospital for an antrectomy is similar to the aftercare given for other operations involving the abdomen, in terms ofincision care, pain medication, and antibiotics to minimize the risk of infection. Recuperation at home usually takes several weeks. The patient is given an endoscopic check-up about six to eight weeks after surgery.

The most important aspect of aftercare following an antrectomy is careful attention to diet and eating habits. About 30% of patients who have had an antrectomy or a full gastrectomy develop what is known as dumping syndrome. Dumping syndrome results from food leaving the stomach too quickly after a meal and being “dumped” into the small intestine. There are two types of dumping syndrome, early and late. Early dumping occurs 10–20 minutes after meals and is characterized by feelings of nausea, lightheadedness, sweating, heart palpitations, rapid heartbeat, and abdominal cramps. Late dumping occurs one to three hours after meals high in carbohydrates and is accompanied by feelings of weakness, hunger, and mental confusion. Most patients are able to manage dumping syndrome by eating six small meals per day rather than three larger ones; by choosing foods that are high in protein and low in carbohydrate; by chewing the food thoroughly; and by drinking fluids between rather than with meals.

Risks
In addition to early or late dumping syndrome, other risks associated with antrectomies include:

Normal Results
Normal results of an antrectomy depend on the reasons for the surgery. Antrectomies performed to reduce acid secretion in PUD or to remove premalignant tissue to prevent gastric cancer are over 95% successful. The success rate is even higher in treating watermelon stomach. Antrectomies performed to treat gastric cancer or penetrating abdominal trauma are less successful, but this result is related to the severity of the patient’s illness or injury rather than the surgical procedure itself.

The rates of complications associated with antrectomies for ulcer treatment are:

Alternatives
As of 2003, antrectomy is no longer the first line of treatment for either peptic ulcer disease or GAVE. It is usually reserved for patients with recurrent bleeding or other conditions such as malignancy, perforation, or obstruction.

Although surgery, including antrectomy, is the most common treatment for stomach cancer, it is almost always necessary to combine it with chemotherapy, radiation treatment, or biological therapy (immunotherapy). The reason for a combination of treatments is that stomach cancer is rarely discovered early. Its first symptoms are often mild and easily mistaken for the symptoms of heartburn or a stomach virus. As a result, the cancer has often spread beyond the stomach by the time it is diagnosed.

Medication
Treatment of peptic ulcers caused by H. pylori has changed its focus in recent years from lowering the level of acidity in the stomach to eradicating the bacterium. Since no single antibiotic is effective in curing H. pylori infections, so-called triple therapy typically consists of a combination of one or two antibiotics to kill the bacterium plus a medication to lower acid production and a third medication (usually bismuth subsalicylate) to protect the stomach lining.

Specific types of medications that are used as part of triple therapy or for relief of discomfort include:

Endoscopy
Endoscopy can be used for treatment as well as diagnosis. About 10 different methods are in use as of 2003 for treating bleeding ulcers and AVMs with the help of an endoscope; the most common involve the injection of epinephrine or a sclerosing solution; the application of a thermal probe to the bleeding area; or the use of a Nd:YAG laser to coagulate the open blood vessels. Watermelon stomach is now treated more often with argon plasma coagulation than with an antrectomy. Recurrent bleeding, however, occurs in 15–20% of ulcers treated with endoscopic methods.

Complementary and Alternative (CAM) Approaches
Complementary and alternative approaches that have been used to treat gastric ulcers related to PUD include acupuncture, Ayurvedic medicine, and herbal preparations. Ayurvedic medicine, which is the traditional medical system of India, classifies people according to metabolic body type. People who belong to the type known as pitta are considered particularly prone to ulcers and treated with a diet that emphasizes “cooling” foods, including large quantities of vegetables. In Japanese medicine, ulcer remedies made from licorice or bupleurum are frequently prescribed. Western herbalists recommend preparations containing fennel, fenugreek, slippery elm, or marshmallow root in addition to licorice to relieve the pain of stomach ulcers.

To get free no obligation quote kindly contact us at below, do add our BB Pin 24E4EC5B for Free advise 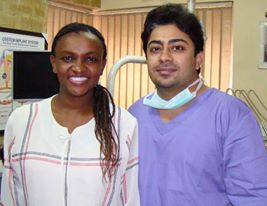 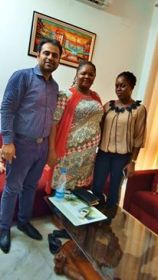 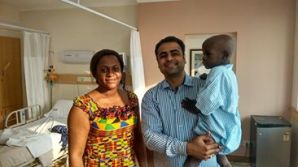 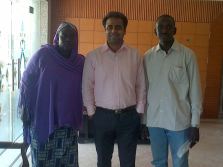 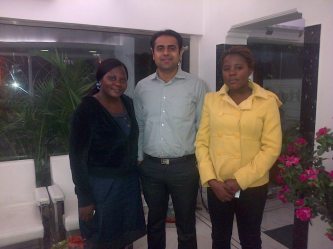 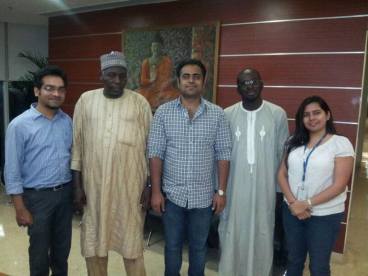 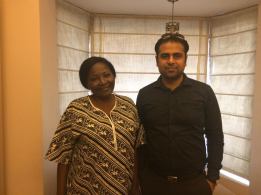 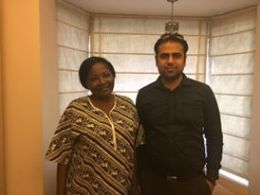